Just like every year, this is the time to play the FIFA Career Mode, if you want your team to achieve something higher. You need to plan for the long-term and rely on your good players where each player is getting better and better every year.

If you get the best player, you can use a scout. But if you don’t want to wait too long and take on any risk, buy your player in the transfer market. The more you play using the young player, the more it gains experience, and the better he gets, the player becomes more successful.

Since every young player starts with small overall scores and then go up in the league, there’s a chance you can make a profit. We have collected the list of talents with big potential. The players were chosen for their potential and their growth. Growth is the difference between Overall Rating (GES) and Potential, which a player can improve based on accumulated points.

Let’s say a player has a potential of 88, it doesn’t mean he has to reach that value. If the player plays well, he will have the chance to reach its potential and with enough training, the player may also surpass the given potential.

You can buy players with a limited contract, or have not played with their current club. These players will be more affordable and are easier to commit. Also try to avoid buying players from rival teams because in most cases, they are more expensive or the club doesn’t want to let them go.

FIFA 18 is almost here and you can buy players soon. We will try to present the player’s starting prices for the year. If you find any error in the table, leave a comment or message us on Facebook.

Talents With The Highest Growth

The list below is the fastest growing talents. They are well suited for small clubs with a small budget since their prices are still low. There are cases that these players have gone up several points after one season and has gone up fast in the ranking. Maximum potential for players in this list is 90. 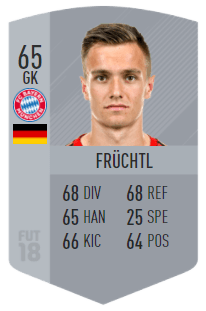 Christian Früchtl
He is already called the next Neuer and is already a good goalkeeper for Bayern at 17 years. With a market value of just 1 million, he already has a potential of 86 and his contract will end after 2018. 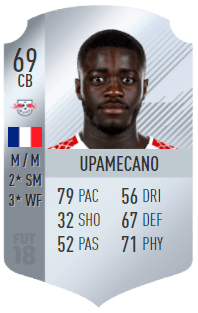 Dayot Upamecano
The 18-year-old center-back Upamecano is now playing for RB Leipzig and can always deliver.  With a potential of 86, He has a market value of 2 million and is worth the investment in FIFA 18. He can also play in defensive midfield and is very quick as a defender. 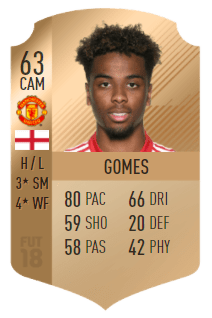 Angel Gomes
At 16 years old, he is considered one of Manchester United’s greatest talents. Angel Gomes has a potential of 89 and has a market value of 700 thousand. He can play in attacking midfield and on the wings and has a contract until 2020. 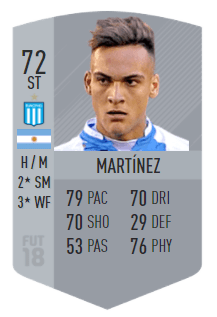 At 19, he is already a real scorer in the Primera División. With a potential of 88 and a market value of 4.4 million, he is a real bargain. He has only one contract until 2019 and provides super results.

Talents With The Highest Potential

The talents in this list have the highest potential among all players. These players are expensive and are well suited for high budget clubs. Many players from this list can become future football stars since they are already good at the start of their careers. 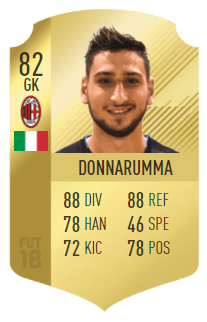 Donnarumma has a rating of 82 and a potential of 94 at the age of 18. The Italian is 196cm tall and has a contract with Milan until 2018. His market value is 26 million. But he’s too expensive for you, you can opt for A. Lafont from Toulouse FC. 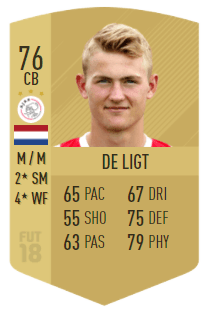 The 17-year-old player from Ajax Amsterdam has a current rating of 76. His potential is 89 and has a market value of 7.5 million, making him one of the best defender talents in FIFA 18. The only downside is his slow pace and long contract. 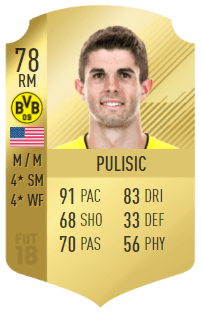 The 18-year-old American has been playing an important role in Dortmund for some time now and is also a great talent in FIFA 18. Currently, he has a rating of 78 and a potential of 89. He has 91 pace and has 4 star skills, and can play on all external positions. He has a market value of 12 million and a fairly low salary of 15k, thus very affordable. If you have more money to spend, you can also buy Marco Asensio from Real Madrid (43 million market value, 92 potential). 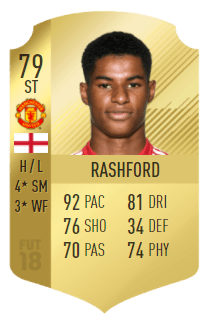 Marcus Rashford
The 19-year-old Rashford can go by his speed and has a potential of 89. He has a market value of 20 million and a contract until 2020 at Manchester United. He can play outside positions and has 4-star skills. Mbappé and Dembele are actually the biggest striker talents, but unfortunately just switched.

How Do You Get The Best Young Player?

You have three choices:

Personal experience dictates that a normal purchase usually makes the most sense. Try to offer as little as possible to make a bigger profit later. If you buy a player who already plays in the first eleven, it will be harder to sign him up because the club does not want to let him go or the player does not want to switch clubs. Good luck with the talents!