Some new card types have been included in the Ultimate team this year. To know more about it, we’re presenting some samples of all the different colors. We always keep them up to date, but if we do miss something, you are welcome to send feedback to help us improve all the information we’re presenting.

Every week, EA presents the Team Of The Week (TOTW). The players that played well and score a hat-trick during the week will get black cards. The cards will also receive a slight upgrade.

The icons are very similar to the legends of FIFA 17, but are only available on all Next Gen platforms (PS4, Xbox One, Nintendo Switch & PC). It contains inactive but very popular players. These inactive players cannot receive Informs and other upgrades.

Information about the FUT Icons

These cards are awarded after every important game. The best player of the winning team in the Champions and Europa League will be awarded the EUOTM. The MOTM are colored orange and just like the TOTW cards, it will receive an upgrade of 1 or more.

Team of the Year Cards (TOTY) 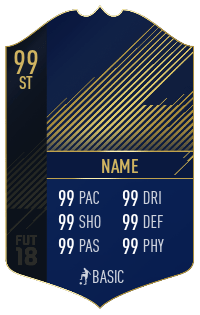 The TOTY is awarded by the UEFA every year and can be chosen online. It consists of 11 gold card players. The TOTY cards are the highest rated cards in the game usually colored blue and have a rating of over 90.

Team of The Season Cards (TOTS) 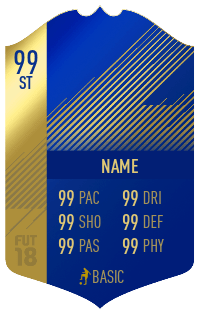 The TOTS is picked every year and contains the best players of the season. It’s picked by EA and consists of different teams of each league. You can find more about it here. Depending on the rating of each player, the cards are blue (gold, silver or bronze) and are not as high as the TOTY cards. 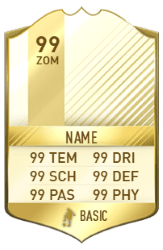 Legends were exclusive content for XBox One and XBox 360 gamers until the end of FIFA 17. The players on these cards are some of the greatest retired football players of all time. It will give you the possible chance to play with Pelé, Bobby Moore or Figo on your team. These legends are now available under icons in FIFA 18. 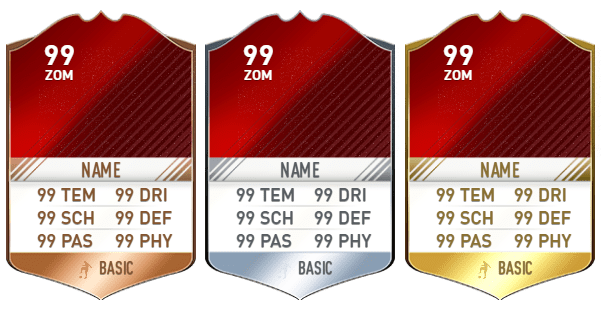 FUT Champions cards are rewarded to the players of the FIFA Weekend League. Each month, all TOTW players from the previous month will be drawn as monthly rewards (interchangeable). These cards will have the same value as the Informs and will only differ in their color. Depending on the monthly rank a player reaches, the player will receive higher rated cards. The card colors will be gold, silver and bronze and the monthly and weekly rewards can be received every first Thursday of the month.

You can read the full information here. 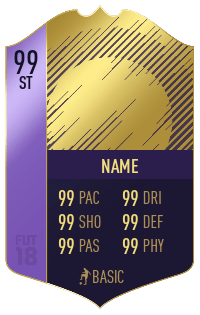 The winners with improved scores from different leagues are awarded unique cards and the cards can only be acquired through Squad Building Challenges. These cards are also interchangeable which includes POTM and POTY cards.

The Barclays Premiere League wards the POTM Award Player. EA will also release POTY cards for the year’s best player from the included leagues at the end season. The best player will get a big upgrade in their POTY card. 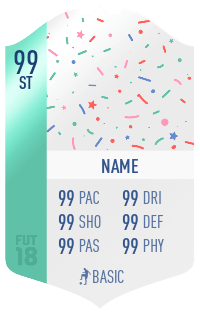 The FIFA 18 FUT Birthday Cards were created to celebrate the anniversary of the Ultimate Team. The 23 most popular players (fan favorites) from previous versions of FIFA will be included in this team with upgraded scores, based on the highs of their careers. 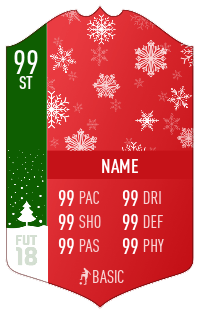 FUTMas is EA’s Christmas celebration event. It will the first where players will be releasing tickets this Christmas. The FUTMas cards contains improved scores. Three interchangeable cards will be given daily from different SBC’s from December 15th up to December 24th. 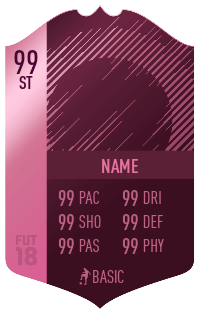 FUTTIES are chosen the FIFA community where the favorite players from different categories. Each player is voted by completing the SBC nomination. Once a player is chosen and awarded the FUTTIES with the most SBCs completed. Thus every completed SBC will get you a higher chance of getting a FUTTIES player. 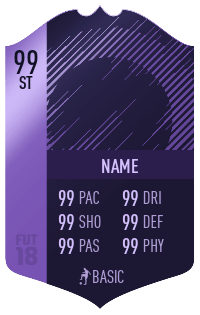 The Hero Cards are awarded in honoring players that contributed to crucial game situations in major games such as the leagues Derbies or the Ascension Games. These cards will be available in a pack for 24 hours or the whole week, which replace the normal version of the player during the given timeframe. The player values are usually improved by one of two points.

Ones To Watch Cards 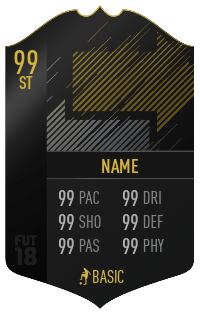 The Ones To Watch cards will be released early October and early February. Young players who switched clubs in the transfer period will be included in the Ones To Watch Cards. These cards replace the normal cards when a player gets a TOTW, MOTM, TOTT, Hero or a record Breaker. The best thing about these cards are they have no fixed rating and can change according to the statistics of the player. 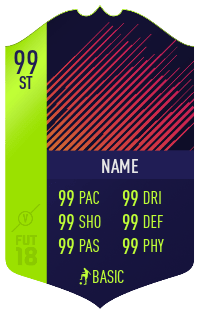 The Path To Glory cards are given to players who are still hoping to participate in the World Cup but are not nominated. A player’s rating and individual values go up with every TOTW, MOTM, TOTT, hero or record Breaker card. These cards are similar to the Ones To Watch Cards but the difference is how the player is selected. . 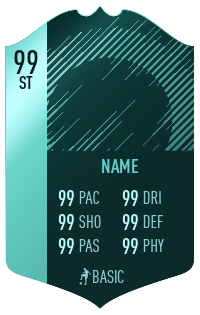 The Pro Player cards are awarded to selected professional football players when playing FUT. These cards are interchangeable and contain high player values, but cannot be purchased on the transfer market of pulled in packs. If you play against someone possessing a Pro Player card, you can expect that you will do battle with a professional footballer. 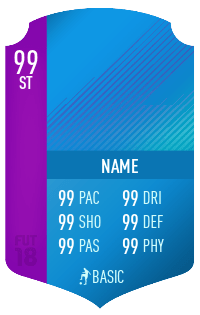 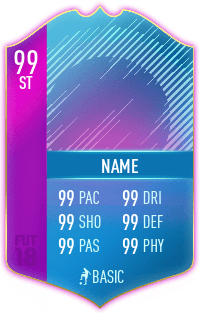 SBC Cards are awarded to FIFA players when they complete each SBC. These cards are not included in packs but are interchangeable. SBC cards have better stats and player values as compared to the old cards. There are normal SBC and premium SBCs. 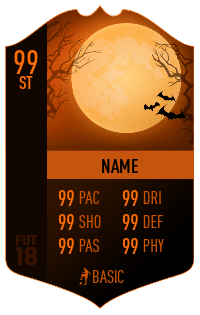 These cards are released in a 23-member team in celebration of Halloween. The cards receive a ”monster boost” of multiple ratings as selected by EA and rewarded in Halloween and other special events. After Halloween, the ratings revert back to normal ratings of the scream card. The Scream cards offer little difference from normal cards with just a small boost of a different color.

Team Of The Tournament Cards 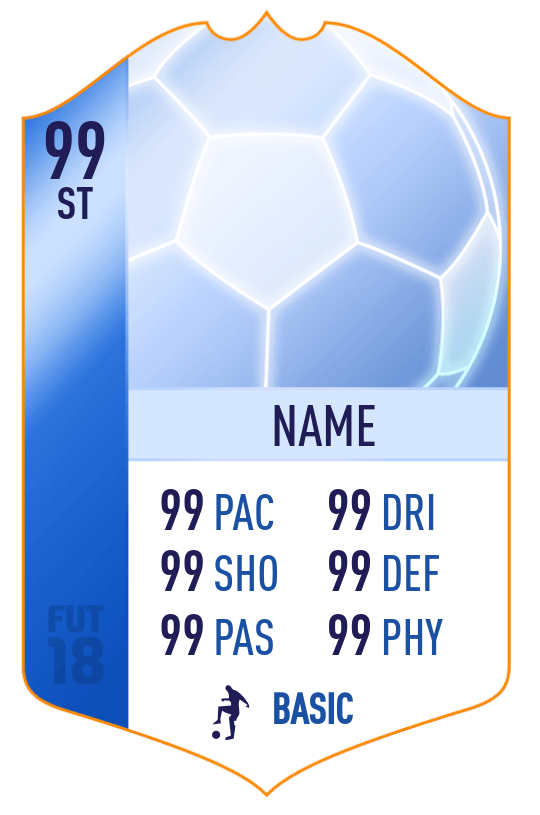 These cards are rewarded to the best players in the Champions League and Europe League. The rating and the values of these cards are usually boosted by one or two stats compared to the previous version of the respective player. A Team Of The Groups Stage (TOTGS) and a Team Of The Knockout Stage (TOTKS) are expected to be released.